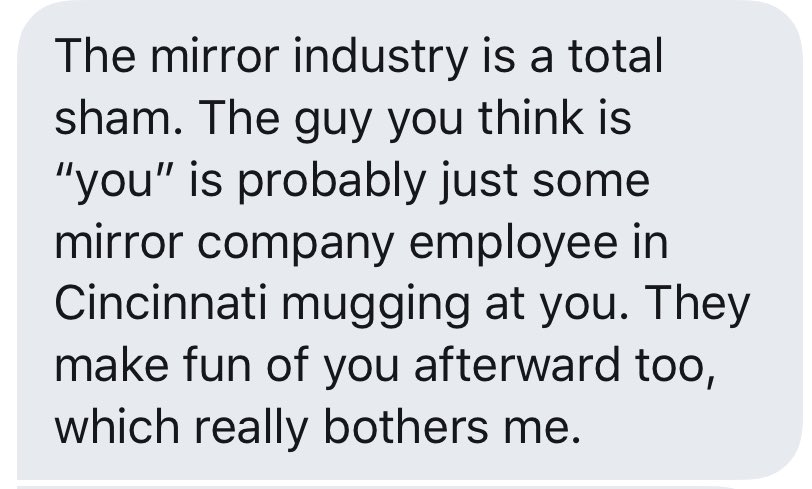 Idea for an app:

it’s basically Tinder, but for people that want to fight

it says here you got fired from Olive Garden because you kept saying
“pasta la vista, baby” to people. why would you put that on a resume

I feel bad for airport security workers. I’m going to make their job easier today by not wearing underwear.

Where does the army of the dead get insanely long chains to pull a dragon? Is there a Walmart north of the wall? #GameOfThrones

You ever run back into a store looking for the sunglasses on top of your head?
Me neither.

18-22 is a confusing age. I got friends getting married, some in prison, and some still have to ask their parents to stay out past curfew.

The worst scene in La La Land is when Emma Stone gives Ryan Gosling permission to save jazz because she already solved racism in The Help.

In an alternate universe somewhere, all the ducks are making white girl faces.

Boss: Do you have to be so sarcastic?