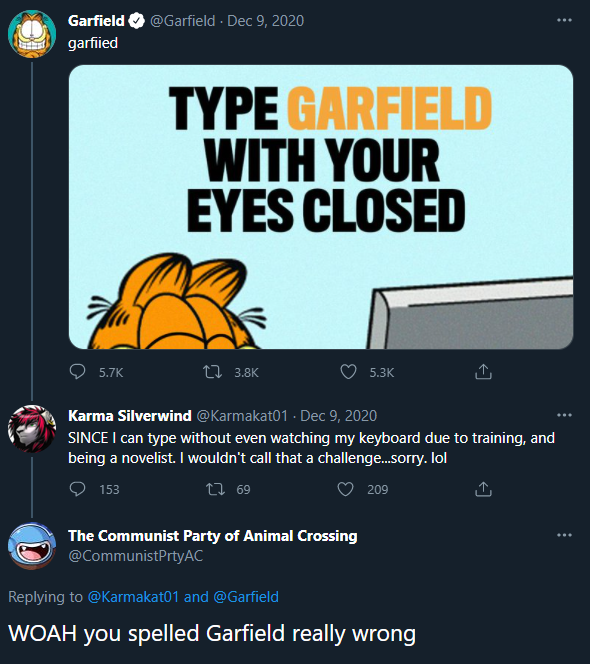 I left some acorns in the spot where I killed a squirrel because I’m thoughtful. Also because a gang of squirrels burned a cross in my yard.

SIMON: Maybe they gave him Upjesus

how can i suffer but with music

Me: When I was a kid we had to wait a week to watch the next episode of our favorite show.

Kid: Is that because the Internet was too slow?

6: Is google a number? My friend told me it was

Me: No buddy, it’s not, your friend doesn’t know anything

Husband: Actually, googol IS a number so who’s the one who doesn’t know any-

H: Your mom is very smart

“Eat me,” repeated the noun, word for word.