Comparing yourself to others 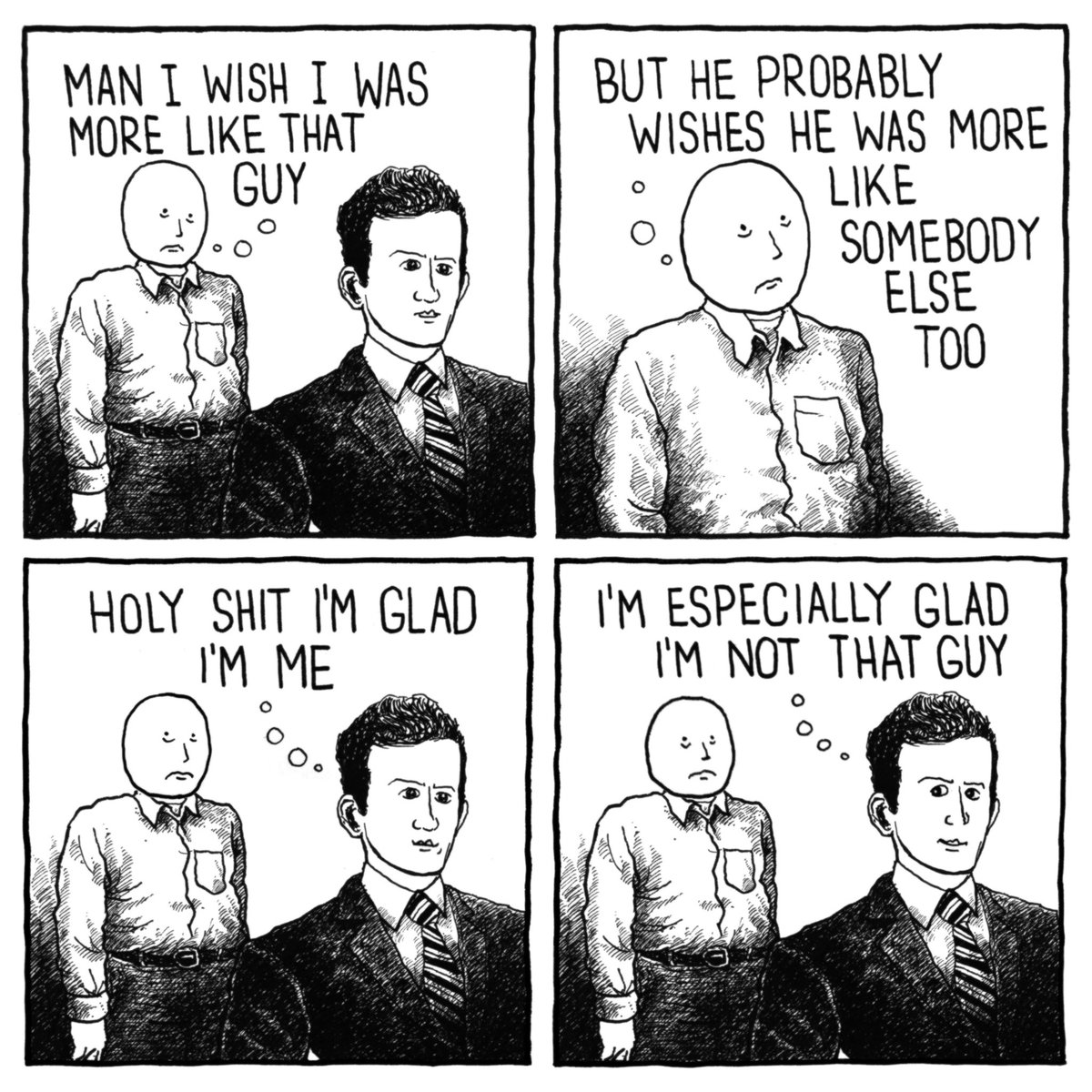 I asked for the phonebook, my girlfriend called me an antique and gave me her phone.

I don’t care, the spider’s dead.

Ever miss somebody so much that you wonder why you became a sniper in the first place?

If you find a fry on the floor and you don’t share it with me, we can’t be friends. Don’t touch me. Monster.

Writer: This movie is about skinning alive 101 of them

Because. They. Will. Explain. It.

Pro tip: if you absolutely must speak in court, do not put air quotes around “the law”. Judges don’t like it.

Unwritten rule: if you find an unconscious security guard you have to drag him to a supply closet and change into his uniform.

Judge: Your client says he’s mentally fit to stand trial correct?Lawyer: Yes, your honor.Judge: Then can you tell him to get out of my seat?

Venmo me $20 and I’ll show up to your work on Valentine’s Day in a suit and tie (with flowers!) begging for you to take me back. For an extra $5 I’ll do it to an unsuspecting co-worker