I like to slip a Honey Boo Boo episode in every once in awhile to remind my husband that it could be worse.

You know what’s better than being married? Everything.

All my Facebook friends are starting to have kids. Better deactivate my acct. before they try to guilt me into liking pics of their aliens.

Me: what are you doing?

Me: aw, I had an imaginary friend named Michael when I was your age too.

Me: how did you know?

Good thing some people show their bare chest in their profile pic, otherwise we wouldn’t have known they had a torso.

BOSS TELLS ME I CAN KISS MY FERRETS AT WORK, BUT NO OPEN MOUTH. I PUNCH THE FLOOR SO HARD HIS SCREEN SAVER DEACTIVATES

Girls quote Marilyn Monroe relationship and life advice so much its almost like she wasn’t a three time divorced, drug-addicted alcoholic.

You know what a cubicle basically says? It says ‘We don’t think you’re smart enough for an office,but we don’t want you to look at anybody.’

Airport Security: Please remove your shoes
Man: Don’t be ridiculous, I’m no terrorist
AS: Sir, do you want to use the bouncy castle or not?

Not gonna lie, I’m pretty proud of this one. 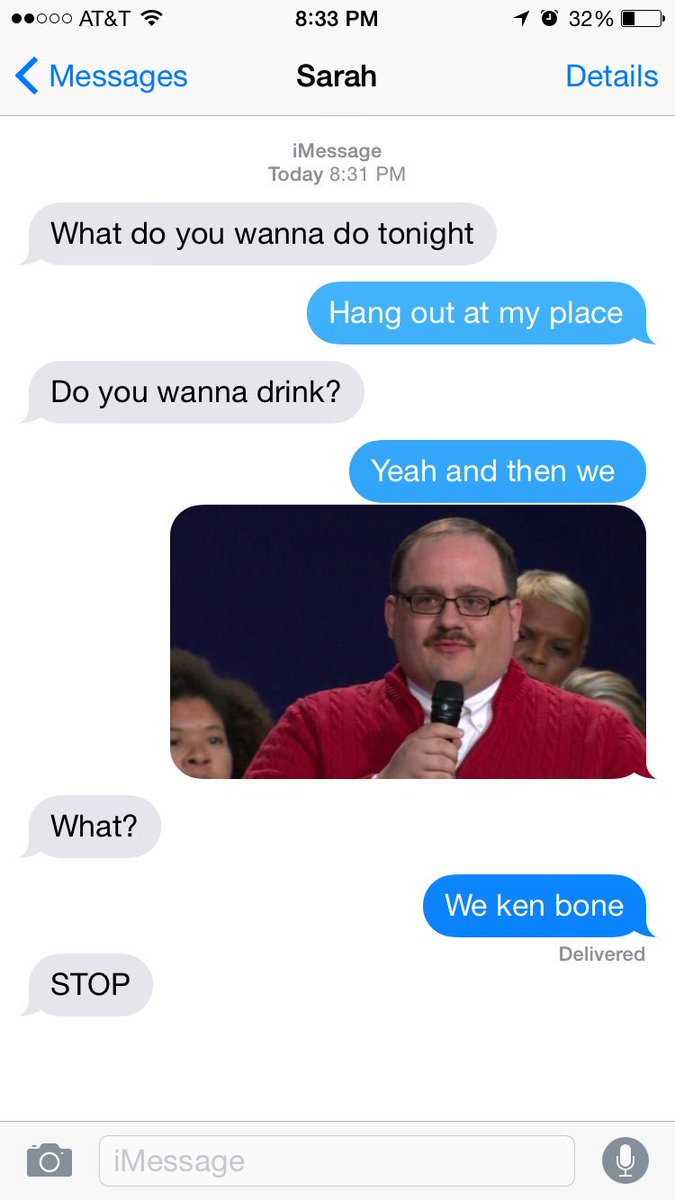 *slaps the cup out of the barista’s hand*
“No. I want Asriel, the guy with the man-bun, to make my latte. He has a better energy”