COUPLE: *rides off into the sunset*

Interviewer: Your greatest weakness?
Me: I embezzle.
I:
M: And I’m bad at jokes.
I:
M: And interviews.

When I die I want to come back as a ghost to haunt my adult children’s houses, just passive-aggressively turning off lights they’ve left on and pointedly moving their shoes to the shoe cabinet, just heavily sighing the whole time 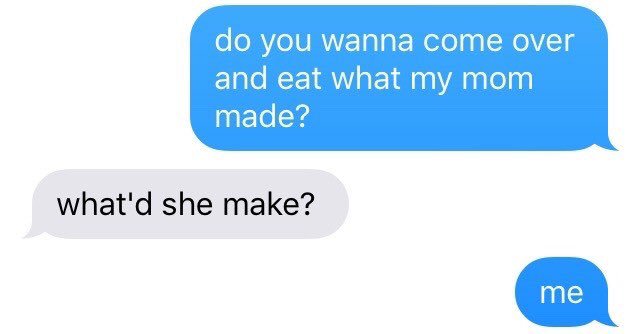 Wish I could focus on anything with even half the intensity of my dog watching me eat yogurt.

If you replace phrase “Americans think” with “Americans with landlines who answer unsolicited calls think” it all makes so much more sense.

Me: A stranger is just a friend you haven’t met.

This day in history. 1961. In Spain the fascist government of Generalissimo Francisco Franco declared equal rights for women and men. None.

Do people really expect to have a satisfying experience on a website that ends with “.gov”?

My wife was out of town, so I had to run the morning routine by myself today. I learned a lot. For example, apparently I have two kids.