Just found out I’ve been drinking straight up cold brew concentrate that’s supposed to be diluted 4 parts to 1, and now I know why I’ve been able to feel my scalp for the last month

Your secret is safeish with me

[after 16 years of waiting, my kid finally corrects me using a dictionary]

Me: Well if you love dictionaries so much, you should just Merriam, Webster haha

Webster: Is that why-

Me: Yeah, that’s why I named you that

Siri, does this look infected?

If you’re thinking about getting married just know you can ruin the next eighteen years of your life for a lot less money by buying a cockatiel instead.

friend: the key to a good joke is misdirection

guy: hey can you tell me how to get downtown?

me: *barely containing my glee as i point him uptown* yeah go that way 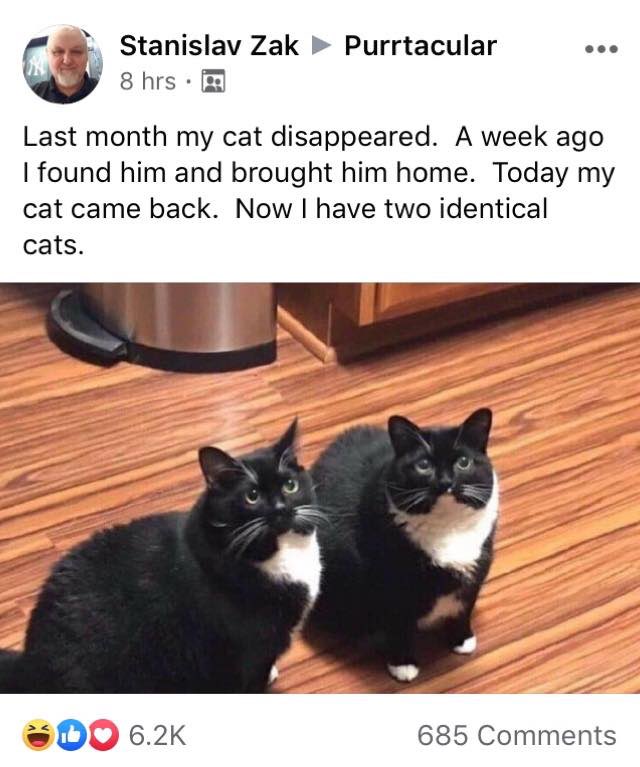 An army of pandas descends on a fortress of evil trolls. The pandas are soft, cuddly, & deadly. It’s the most adorable massacre in history.