me: AAAAAA SPIDER, KILL IT KILL IT
wife: [destroys spider’s confidence and self worth until it throws itself into traffic]

My 6yo hacker daughter has discovered that she can use her Google mini to control her brother’s Google mini in his room.

I just had to scold her for messing with him by remotely playing random music that he hates, just to troll him

I’m not ready for this.

You’ll never be as lazy as whoever named the fireplace.

Do not tell a kid you didn’t understand his joke unless you have 4 hours free to hear the explanation.

One time I wore my brother’s t-shirt, and my dad asked if I was dressing up as his favorite child for Halloween.

[abducted aboard a UFO]

Alien: Take us to your leader

Me: *shaking* Then what will you do?

A: We’ll return you, unharmed

A: There’s nothing new to learn from probing humans

M: *pouting* Even if I say please?

My husband calls me Sugar and my dog’s name is Sugar so when he says, “C’mere Sugar” there’s an awkward stare down between me and the dog. 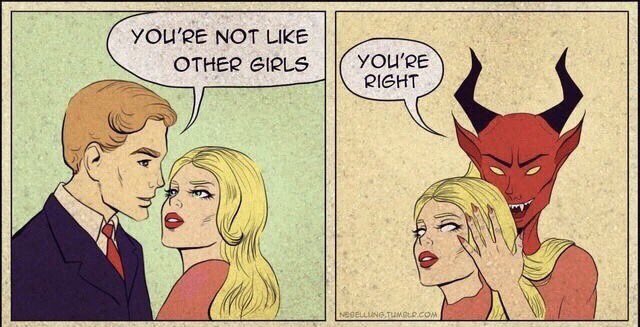 Apparently it was a bad idea to ask Siri “What do women want?”

She’s been talking nonstop for the last two days now.