I bet the first guy to pee on someone’s jellyfish sting was NOT trying to help them.

This Easter, please take a moment to remember Jesus and his inspiring message for mankind: 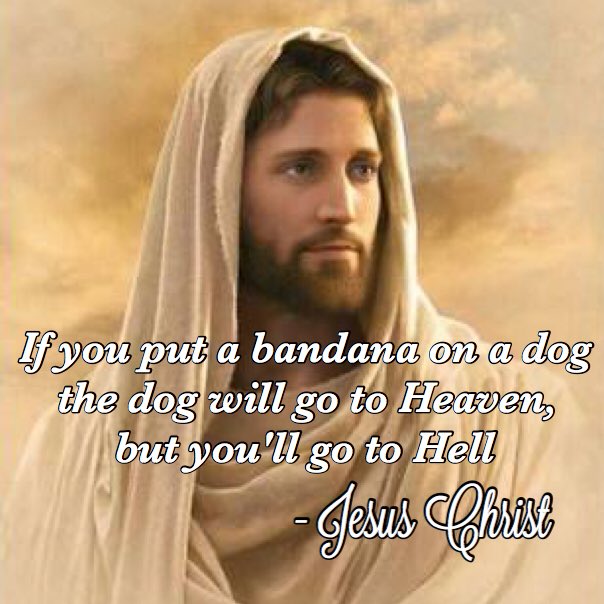 Having a kid really mellowed God out.

Workin hard. Putting my nose to the grindstone. Grinding away that nose. Barely any nose left now. Whole face messed up. Due for a promotion

At one of her meet and greets, Taylor Swift met a young boy who complimented her writing. He went on to say that he also wanted to be a writer, but his friends bullied him for it. Taylor made him promise to ignore them and follow his dreams.
That boy’s name? William Shakespeare.

Pregnant women go through a “nesting” phase where they make a tree fort out of twigs and parts of men they’ve killed.

If you’ve ever wondered what it’s like to try to dress a jelly fish, here, try to get pants on my toddler

cop: looks like the groom was murdered by his best man

detective: so you’re saying it was a *removes sunglasses* homiecide

detective: bc you have no friends, neil

When you turn 18 and start life for real.