This is up on a telephone pole in south Minneapolis and I am dissolved in laughter: 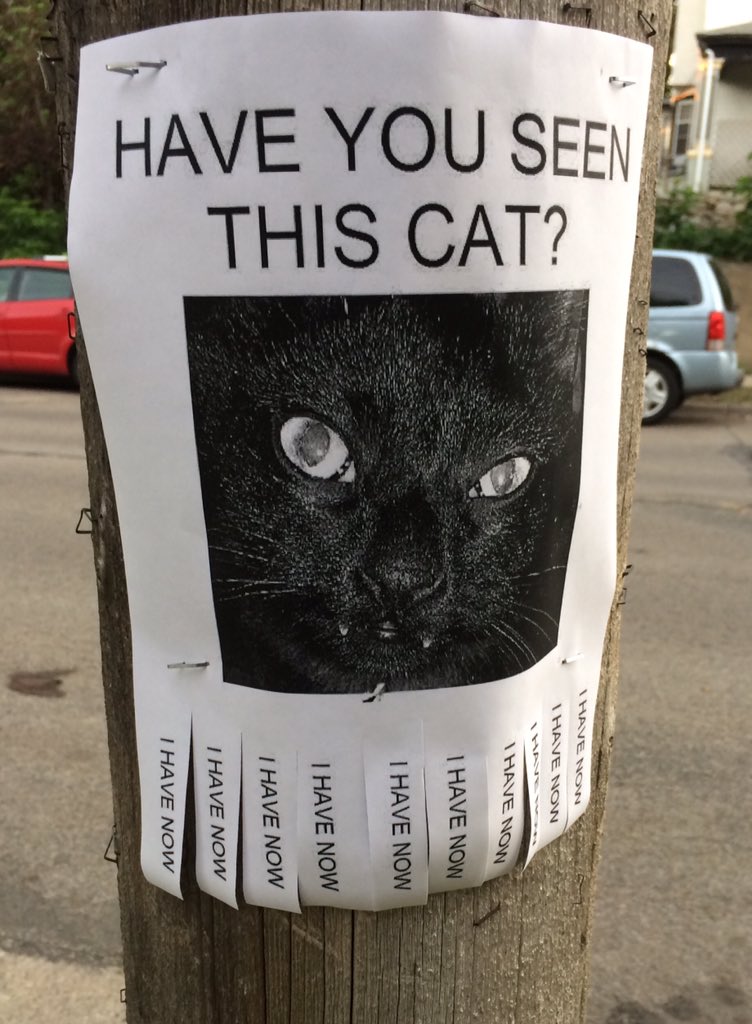 lawyer: “my client claims the altercation began because – and i quote – “he came at me sideways”
crab: “in my defence..”

I saw the most beautiful woman at the store today so of course I did the sensible thing and imagined what our whole life would be like if we fell in love and then I never spoke to her.

Those A24 movies with narrow aspect ratios should make use out of the extra space on the sides of the screen. Put up some NFL scores or something

My husband walked into the kitchen and asked, “What’s burning?” I told him, “The world. But what you smell is the chicken.”

Wife: How many beers is that for you today, dear?

Me: Well I rounded down.

Shout out to Pringles for admitting they’re addictive, unlike cigarettes and heroin the two biggest liars of the snack industry.

Today, I threw away all the random chargers and cables that have been collecting; I’m sure that every electronic ever associated with one of them will now show up instantly, after not having been seen in years.