M: I don’t regret my past. I’m far too cold and calculating for regrets.

Lawyer: Okay, so I don’t want you saying that at the trial.

Dermatologist asked why I want my tattoo removed and looked at me like no one’s ever said “because it’s my ex’s Twitter handle” before.

I use these ( … ) a lot.
For which, I believe, the technical term is Dotty Dot Dots.

[on date]
girl: “id like to if i met mr right, how bout you? have you ever been married”
henry the eighth: “our food sure is taking a while”

A) Re-open the park

B) Be eager to visit the re-opened
Park 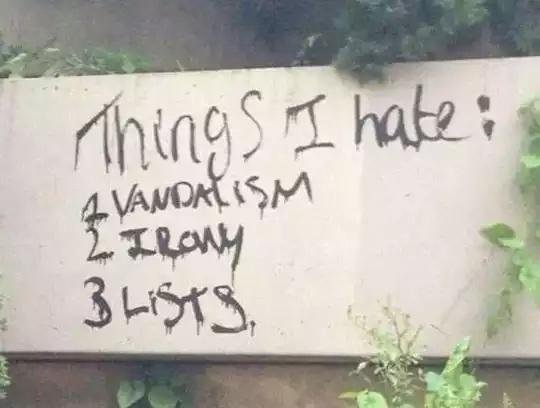 In the Walking Dead how and when does the cop guy find time to clean, iron, and press his uniform during the zombie apocalypse?

My son asked me where babies come from. He so silly, babies are too young to come.

You really shouldn’t label sandwiches, I mean they have a right to exist in a world without labels and judgements just like everyone else.

What about ‘sextuple stuffed’