Someone at work sent an email that said “happy Monday” so I’m going to HR.

Anaesthetist: Count back from 10

Me: WHY IS THERE MATHS? NO ONE SAID THERE’D BE MATHS

ME WATCHING SUCCESSION S01E01: so i guess these guys do business or something?

ME WATCHING SUCCESSION S02E10: roman’s bid to secure private funding would have won the proxy war but ultimately the capital wasn’t reliable enough to prevent the firm from h

My son finally overcame his fear and rode his bike without training wheels two weekends ago. Tonight he is googling dirt bikes and ATV’s because apparently he thinks he’s hardcore now

Glad I spent 40 minutes getting my 1 year old dressed so she could go outside for 3 seconds.

I bought a book on eBay called, ‘How to scam on eBay’.

That was two months ago, and it’s not arrived yet. 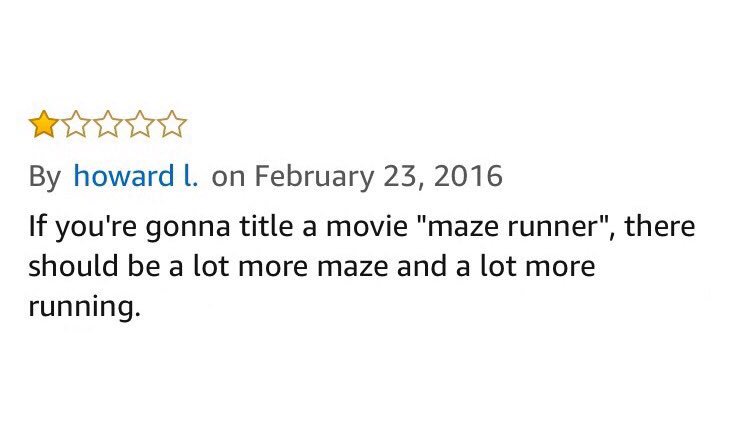 Friend: “I grilled some chickens over the weekend.”

Me: “Did you get the information that you were looking for?”

ME: I collect old comics

ME: [flashback to Billy Crystal tied up in basement] Sure

Me: That guy is a bad apple.

Me: I just meant he’s mean.

6: Probably because you called him an apple.