They say women only use 10% of their anger

Me: God, I just feel so
Brain: HUNGRY
M: No, I’m very alone. I desperately want
B: FOOD
M: Part of me is missing. All I need is
B: PRINGLES

“Are you good and hard for me yet?”

4yo: *shoots me with gun*
*stuffs gun in my pocket*
*runs away*
Me: *Realizes he just made it look like a suicide*
*keeping an eye on him*

A fun game you can play with someone who claims they’re going on a detox diet/cleanse is to ask them to name literally one toxin they’re getting rid of, and why the liver somehow missed it

My family crest is just a picture of my grandfather dressed up as a giant hotdog being dragged into a cave by a bear.

My wife says I’m wasting my time on Twitter.

She doesn’t understand the meaningful interactions I have with people. 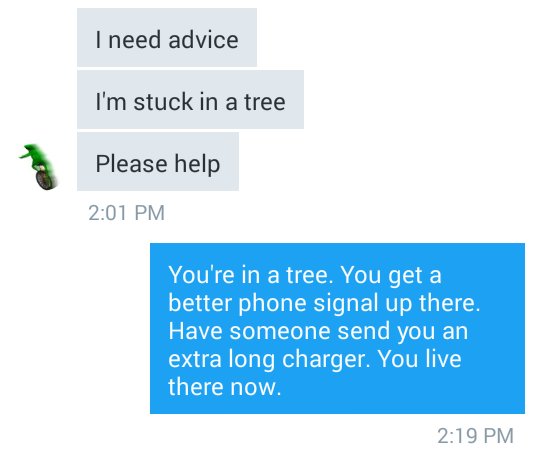 My husband is mad at me because I’m finger quotes “condescending”.

DOCTOR: a new study says the meds ur on cause hallucinations
ME: oh
LARGE MENACING CACTUS THAT FOLLOWS ME EVERYWHERE: was it peer reviewed?

Who decided to call it an English to French dictionary and not a Two – Deux list?

The Twelve Days of Christmas would cost$107,000 this year which is relatively cheap considering the amount of human trafficking in the song.