At my local supermarket, a clerk told me that their fresh shipment of toilet paper sold out in 15 minutes. People preparing for the shitpocalypse.

I went to the zoo and saw a piece of toast in a cage. The sign said BREAD IN CAPTIVITY.

I went to the local apiary to buy a dozen bees. They gave me thirteen and said the last one was a free bee.

Drummer’s pissed because the guys in the band say drums aren’t a real instrument. He says, “I’ll show them–give me the red cornet and the accordion.”
Instrument store guy says, “Well you can have the fire extinguisher, but the radiator has to stay.”

Because I was late to the cannibal feast, they gave me the cold shoulder.

Who says great literature is dead? 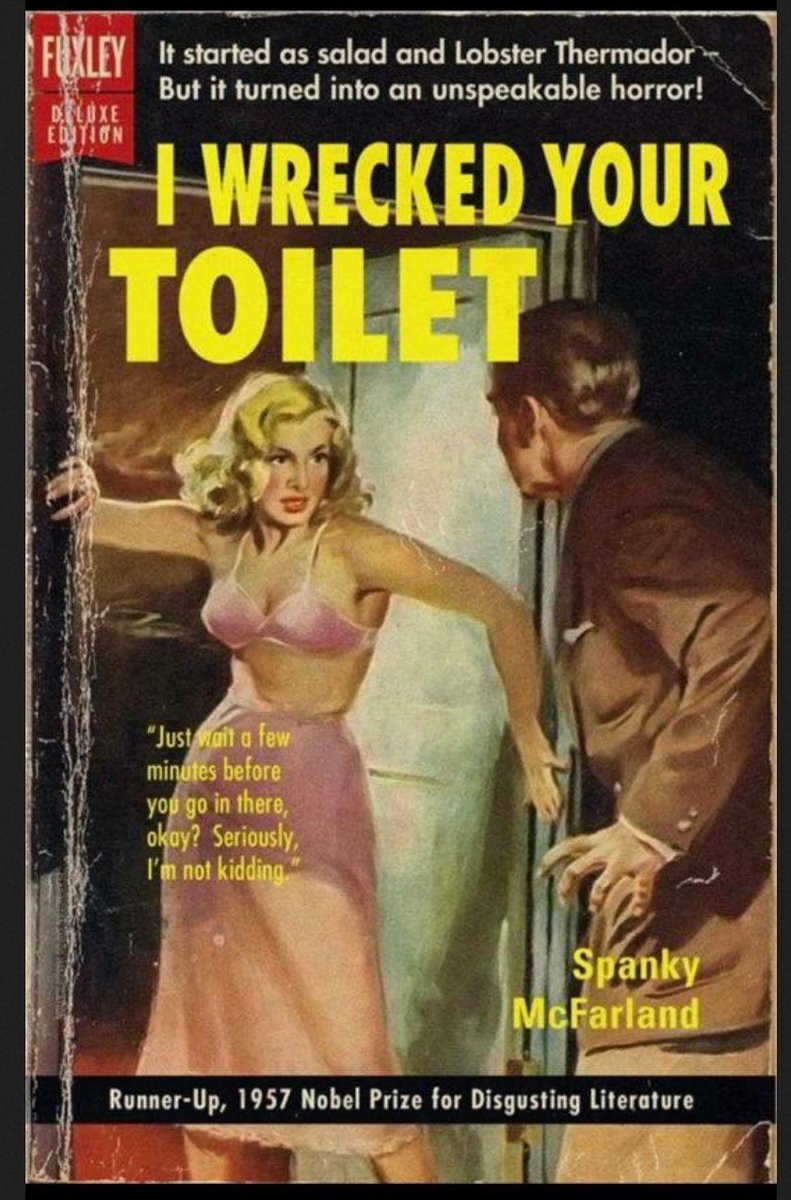 TIME wanted me to be their Person of the Year, but I said no! Won’t pose with Pennywise the Clown on my lap! Sorry, TIME! Sad!!!

Breaking News: Reliable sources reveal that Donald Trump is actually Cthulu. The absurd hairdo isn’t absurd at all. It hides the tentacles.