For #ValentinesDay2020 here’s what is considered to be the world’s oldest love poem, ‘The Caveman’s Lament’.

It is believed to have been written around 1.5 million years ago by a member of the early human species, homo unrequitus.

Here’s a poem in the shape of a Christmas tree. It’s called ‘Needles’. 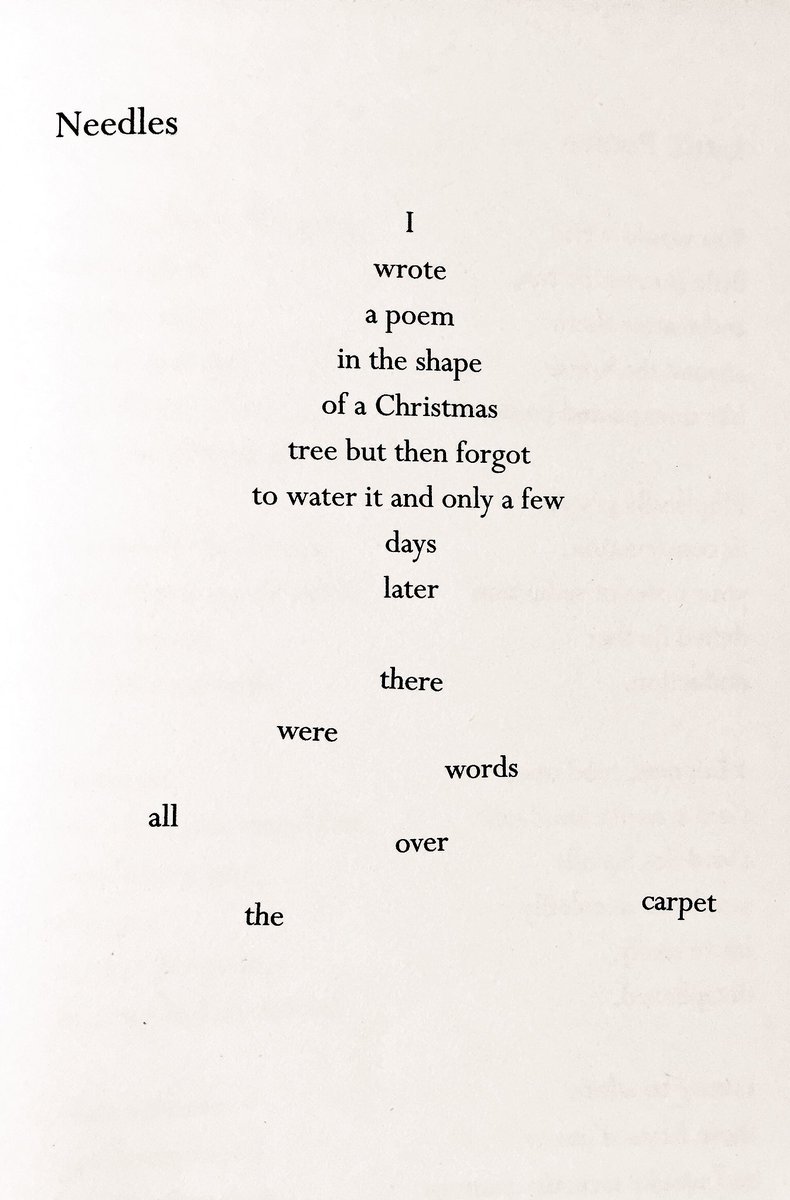 There once was a poet on Twitter
who grew increasingly bitter.
He couldn’t surmount
the strict character count
and so his poems got even shi

Here is a poem for #NationalDrinkWineDay entitled “The Problem of Writing a Poem in the Shape of a Wine Glass”. 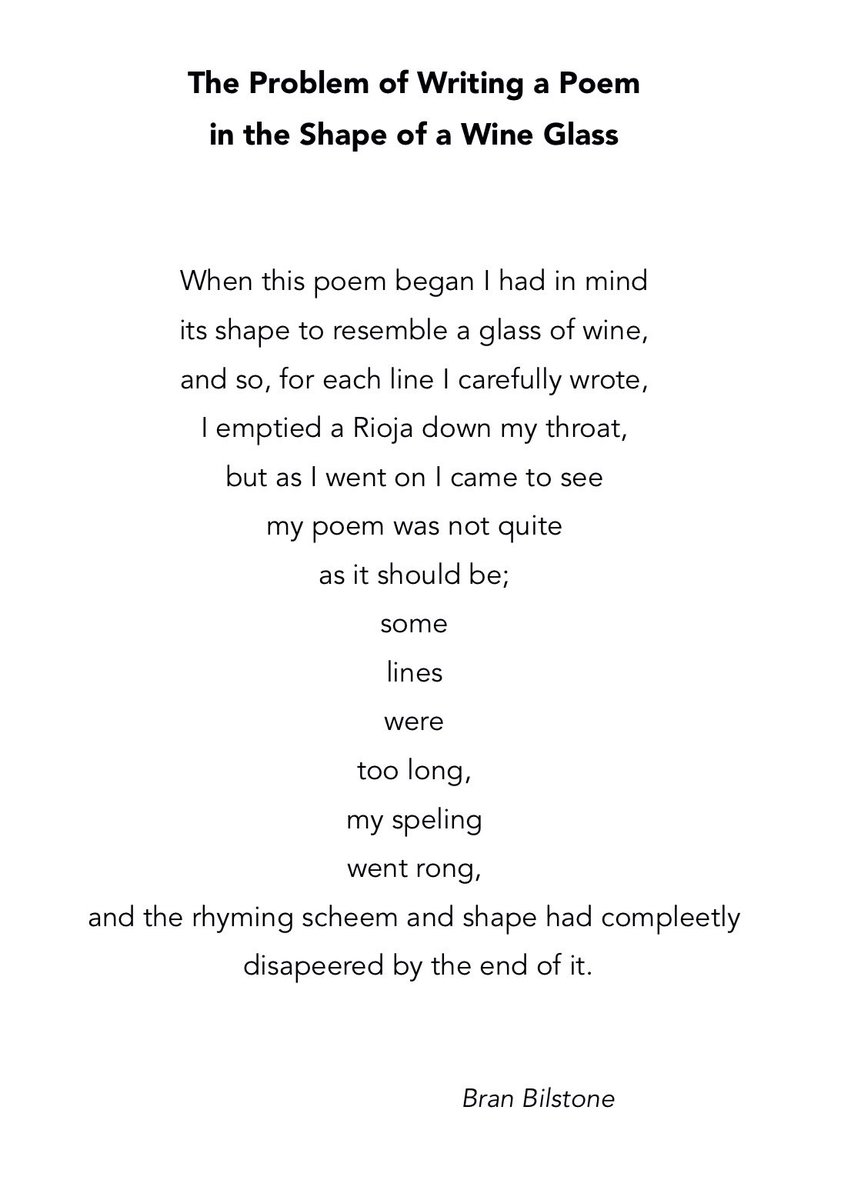