There is a 100% chance you’ve had this conversation with your mom: 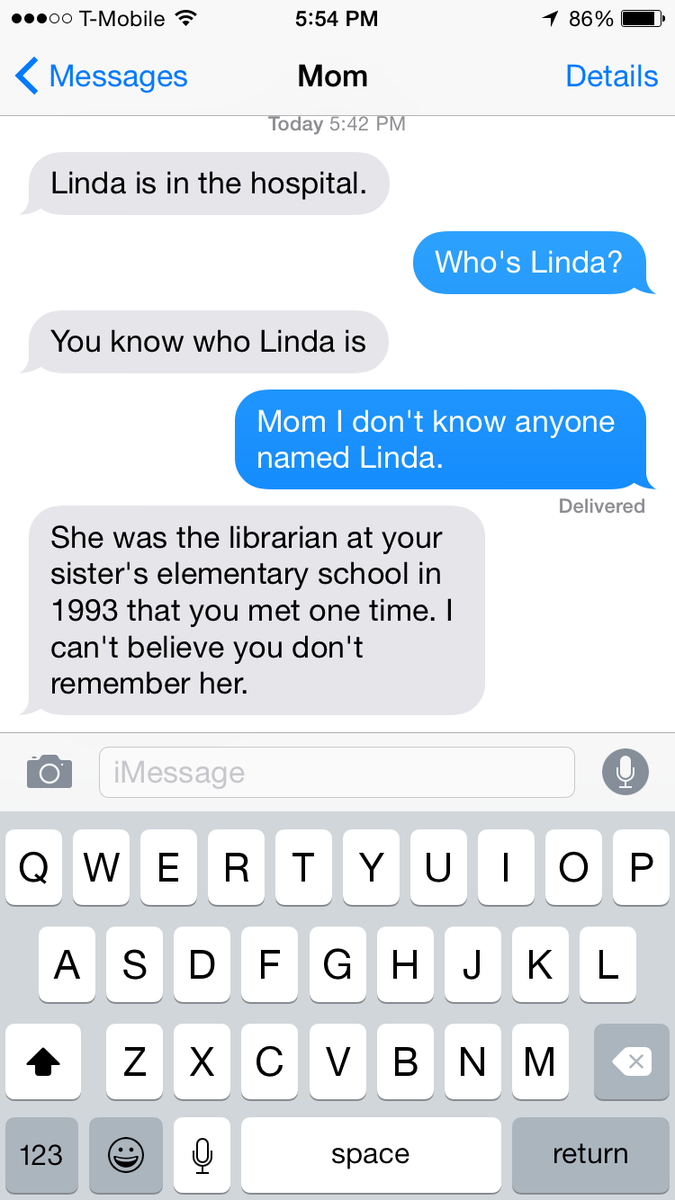 The guy that figured out babies instinctively hold their breath under water probably had a lot of explaining to do.

I bet when the first guy wore glasses everybody was like “Oh la de da, excuse me Mr. I Need TWO Monocles.”

Relationships are just two people scrolling through Netflix saying “I don’t care, just pick something” until they both turn into skeletons.

If LeBron is better than Jordan, then explain to me why Bugs Bunny has never asked for his help in a game in space. Can’t argue with facts.

Sorry pregnant ladies, all of your 3D ultrasounds look like Gollum in an Ikea lampshade.

Everyone in horror movies:
*Loud scream*
It was probably just the wind.
*Ghost flies across room*
Just the wind.
*Dog gets cut in half*
Wind

If you laugh at a kid’s joke that kid will tell the exact same joke at slightly louder volumes 8,000 times in a row.