A lot of people don’t know this but if your child is screaming at the top of their lungs inside a department store, you can leave.

*Gets run over by chicken*

“Go out there, kid! Make a name for yourself-”
JAMARCUS McTHUNDERNUGGETS THE THIRD
“Trent that’s not really what i-”
It’s Jamarcus now

Him: I don’t believe I caught your name.

Her: I don’t believe I threw it. 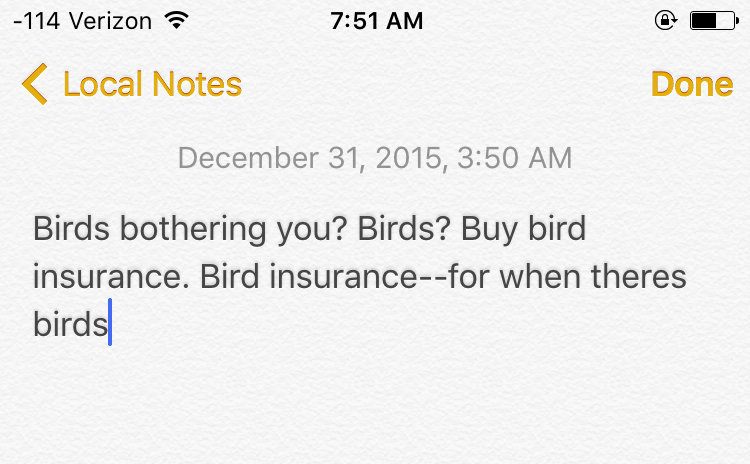 I wish there were musical cues in real life like there are in the movies so I’d know when I’m about to do something stupid.

Me: and I catch it

Guy: no hit it with a stick

Guy: someone else will try to catch it

Guy: someone else will try to catch it

Me: you could just say you don’t want to play catch with me dad

This Male Order Bride is the worst and most expensive typo I’ve ever paid for.

I save the good stuff for when I have company and that’s why you never see it.