BACK IN OUR DAY, WE DIDN’T HAVE ANY FANCY EPI-PENS!!!

The older I get, the more I understand why Squidward is always so annoyed.

BOSS: Ok so far so good. But before we finish the interview I’m gonna have you take a typing test.

LOBSTER: *looking down at claws* Shit

I was completely offended, but then you said “no offense,” so now everything’s cool. 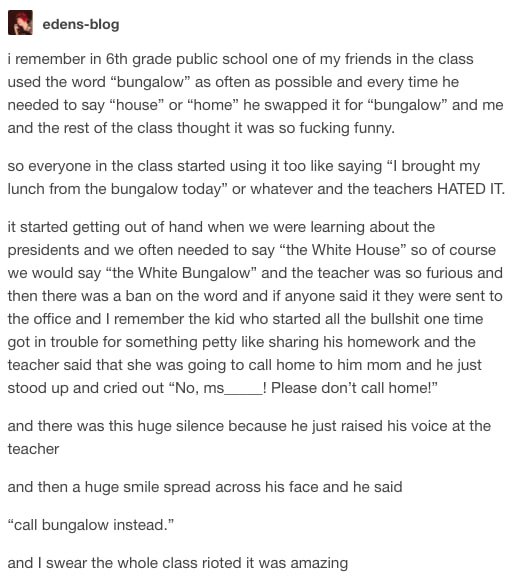 I put on Sade and she said ” who is that ? ” so me being the gentleman that I am I explained it to her while dropping her off at the bus stop

Reporter: He was strangled by a loved one

My Murderer: Whoa, love is a strong word

My boyfriend said we can’t hang out this weekend because he doesn’t exist.