Everyone needs that one friend that will promise to redraw your chalk outline to make you look skinnier.

WAITER: [to date] Ready to-

ME: [shoves waiter and grabs notepad] Ready to order? 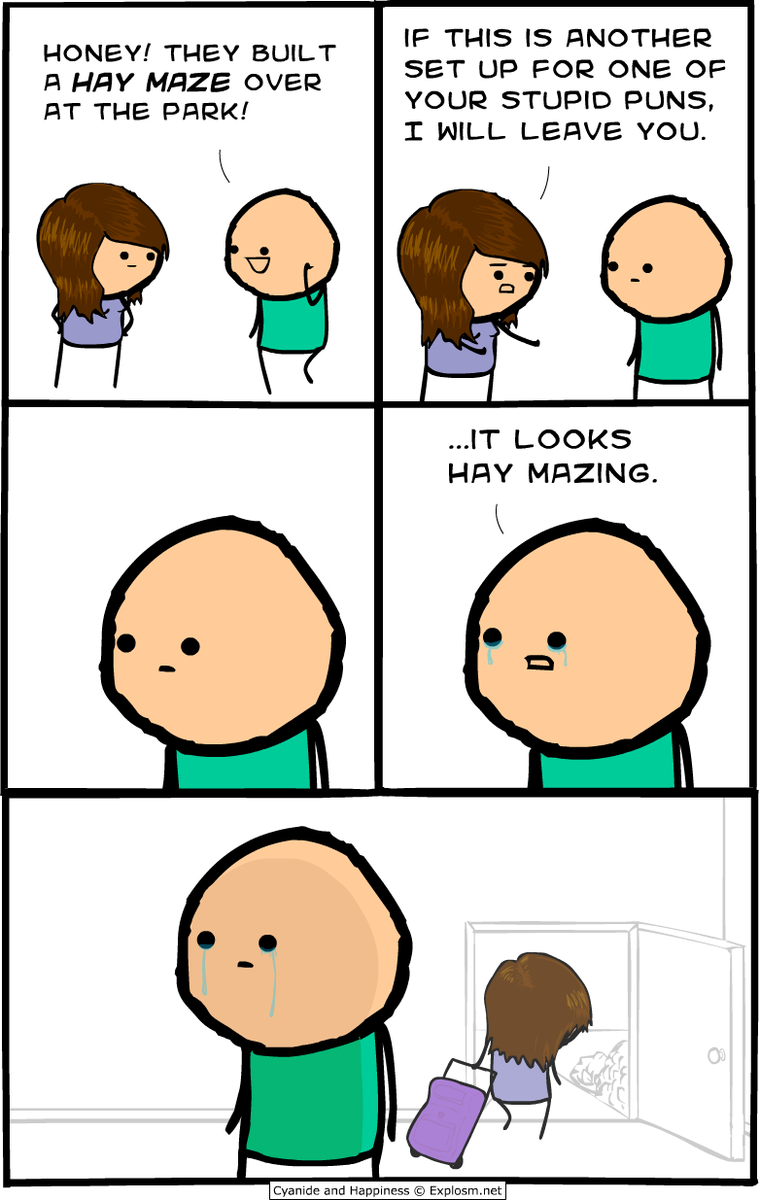 MARRIAGE PROPOSAL TIP: Get down on 1 knee. Ok, now the other. Great! Lie flat on your face. Quickly roll away don’t get married you idiot.

Go to tattoo shop to get both legs fully covered. Before he touches me w that needle, I run off yelling ‘thanks for the free shave loser!’

me: are u Scottish

me: then I guess u could say i’m being kilt

My wife hasn’t touched me since the election. She took Gore’s loss pretty hard.

I’m guessing the game Twister isn’t getting a lot of action right now.

judge: i don’t believe you

sirius: give me truth serum

judge: for some reason no