I don’t even bother moving when my Fitbit is charging. There’s no point.

Me drunk about to eat a frozen pizza

When a man tries to hug me hello or goodbye I whisper in his ear “tip to tip” and sigh as we embrace to ensure we never do it again.

Usain Bolt has the greatest Tinder profile picture of all time on his hands. 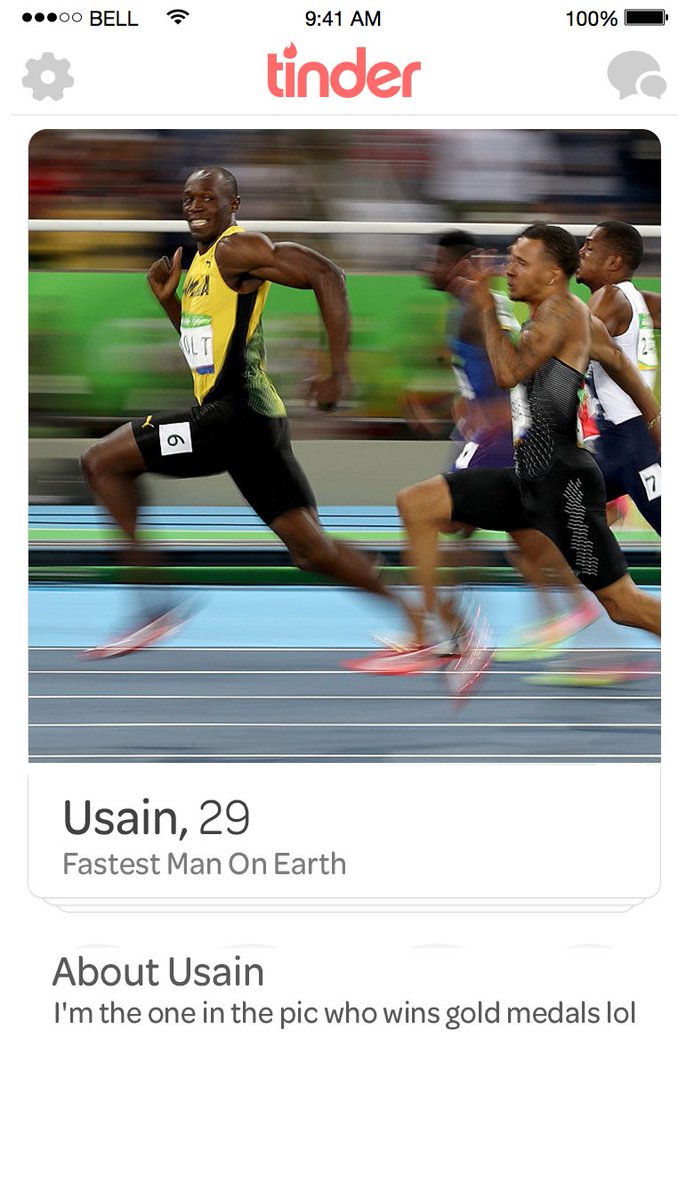 Americans keep saying they want to move to Canada.

As if Canada were even a real place.

If you ever have doubts about whether people are stupid, ask a tattoo artist what they’ve had to refuse to do for a customer

I only have eyes for you. I got them from the morgue. I’ll probably get arrested.

I’m not vegetarian but there are certain animals I refuse to eat: