I made some Disney valentines. Please enjoy and share. 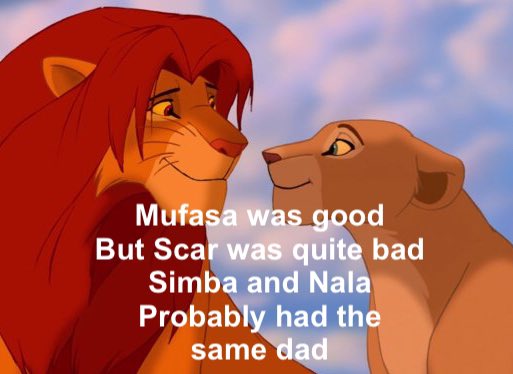 An astronaut squirrel, a snail that meows, crab with a whale as a daughter. Dear creators of spongebob, pass the drugs.

Guys, we’ve lost the battle on “I could care less.” Let’s move forward, focus on “should of.”

[First day as a beaver]

DAD: *drops an entire steak onto his khakis*

The day we decided such footwear would be called “flip-flops” was not our most creative moment.

Little does this young woman in the house behind mine who just closed the curtains know that it was the curtains I was looking at.

To avoid looking at the glass as half empty or full, i drink straight from the bottle.

Brain: he must study-how?
*Hormones raise hand*
H: we could hit him with pimples, kill the social life?
B: *whispers*
It’s for his own good.

Bury me next to a kangaroo skeleton and put boxing gloves on me.

Meteorite: Knock it off man. That ain't got nothin

It's a shame, the National Feetball League might g