Sorry, but your password must contain an uppercase letter, a number, a haiku, a gang sign, a hieroglyph, and the blood of a virgin.

Anyone who expects to feel safe in a driverless car has never owned a printer.

Though this is probably not what Nietzsche had in mind, you cannot unsee this 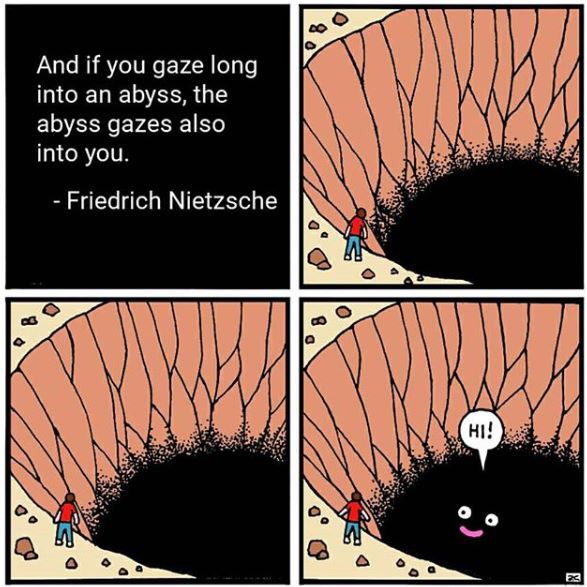 Not to brag, but I was voted “Most Likely To Mention Something Truly Insignificant As If It Was A Big Deal” by everyone who has ever met me.

From a shark’s perspective, Jaws is a lot like Home Alone.

How many mission impossible movies must there be before they admit that the missions are actually kinda doable?

INTERVIEWER: “How would you describe yourself?”
ME: “Verbally, but I’ve also prepared a dance.”