Whenever someone tells me “make yourself at home” at their house, I always clog their toilet

Him: How many glasses of wine have you had today?

Me: One, but it was in the shape of a giant bottle.

I call my nephews “Dude” and “Homie” because I’m the cool Aunt! (I don’t know their names.)

Obi Wan: Your father was burned so badly that all his limbs just sort of fell off but we have such advanced technology like clones and robotics and such that we saved him.

Luke: What about my mother?

Obi Wan: Died in childbirth, literally nothing could be done.

Mexico should agree to pay for the wall then once it’s built tell Trump he did a terrible job and refuse to pay up.

Lettuce is like that friend you only hang out with in a group with other friends.

“Hang out? Who else is coming?Ham? Great. I’ll be there.”

Live a little, ask her “are ya done?” while she’s still yelling at you.

Friend: If you love cheeseburgers so much, why don’t you marry one?!

Me: I’m not allowed 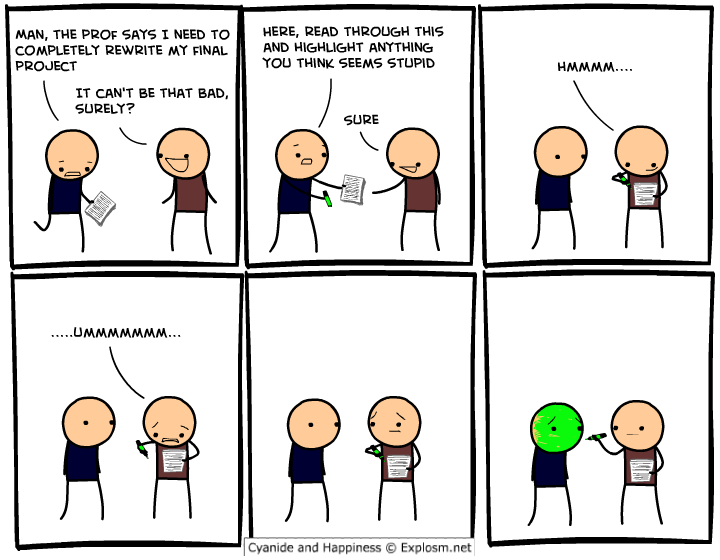