“Oh, are you driving?” -Good question to ask someone as they force you into their trunk I place my finger on the police officer’s lips. “Shhh. Look, we were both speeding, ok? I forgive you.”

Rewatched Nightmare on Elm Street and was reminded that when I was 8 I was so terrified of Freddy, Jason and Chucky that at night I would pray to them (not God) that if they spared me I’d become their Renfield and offered up my mean bus driver in exchange. We all did this, right?

Dispatcher:
“The call is coming from inside the house!”

Me, seconds from murdered:
“I have a landline?”

Buzz Aldrin: I’m gonna say check me out on this giant space ball of cheese

Want to get rid of your husband without killing him?

Just send him to the grocery store & ask for pine nuts.

Mine has been gone 6 years.

Last night, I fell asleep with one of those new e-cigarettes in my mouth.I woke up half an hour later and my whole house was on the internet

Listen google, it’s 2015. I need you to figure out who I’m talking about when I type “that one guy in that movie I didn’t like.”

The best letter to the editor in today’s @TB_Times. 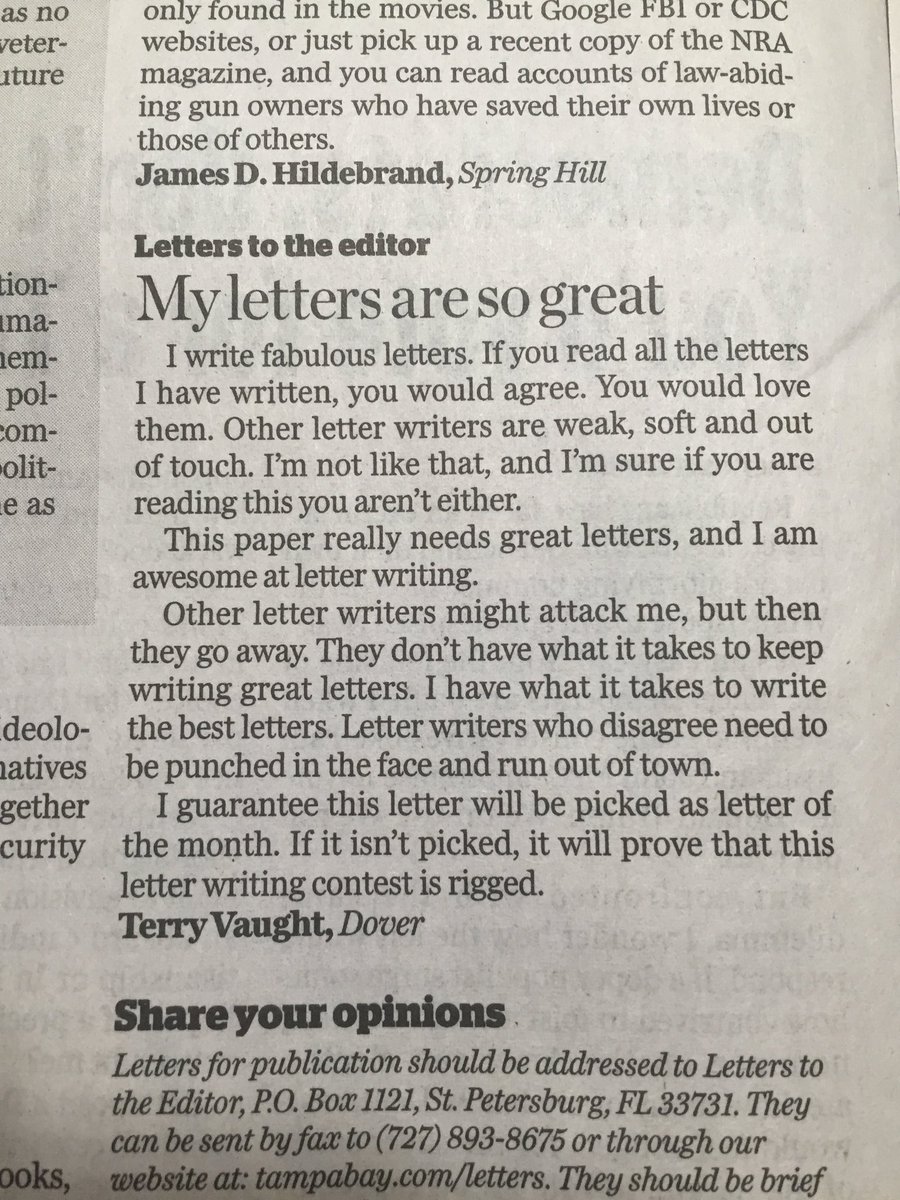 Give a man a fish, he eats today.

Teach a man to fish, he gets drunk in a boat.