[text from wife at home]

Guy I’m hooking up with: stop telling your friends about us

Me to my friends: anyway then he referred to us as “us”

FRIEND: Try to relate to her.

ME: *nervously* Can I be your cousin?

[being murdered by cows]
more like (finger quotes) “moodered” amirite
[the other farm animals immediately join in, even some corn is mad]

My son asked why some mommies and daddies live in different houses, so I sat him down and told him the truth… their kids complained about slow WiFi and never went to bed on time.

Dentist: *Pokes gums with sharp pointy instrament of death* Dentist: “Your gums are bleeding because you don’t floss.” 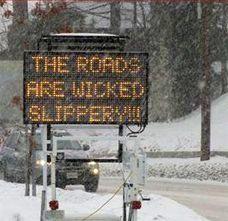 THIS GIRL IS WEARING PINK CAMOUFLAGE WHERE ARE THERE PINK FORESTS

I read that burglars use Twitter & Facebook to see when people arent home. So from now on, Im at home. With a rifle. And a hungry crocodile.

Women wanted him, men wanted to be him, geese were skeptical