The FedEx guy said I look like a sexy pirate. I’m not sure if that’s considered sexual harassment or flirting.

I HAVE FINALLY MET MY DREAM MAN 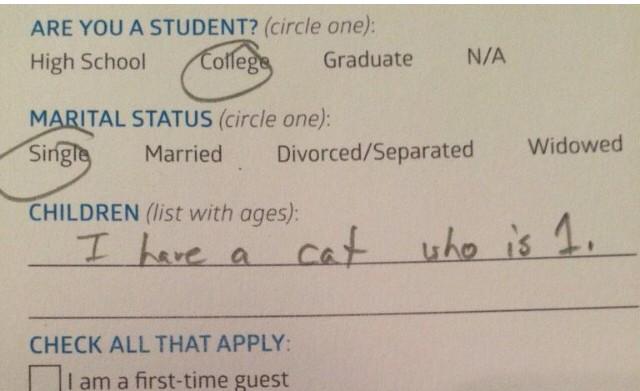 This salad isn’t going to toss itself. *winks*

Some guy called me a siren.
It’s like he doesn’t even care that I do beeping noises & I can purr & moan & do like all the other sounds, too.

I want to surprise my boyfriend by sending him a sexy pic while he’s at work, but I can’t decide what outfit to put on the cat.